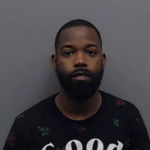 TYLER – The jury trial began Tuesday morning for a former Smith County Precinct 1 constable accused of theft. According to our news partner KETK, Curtis Traylor-Harris was charged with official oppression and theft of property valued between $750 and $2500 by a public servant. Traylor-Harris was originally arrested in Nov. 2021 by the Texas Rangers. He was arrested a second time in May 2022 for allegedly violating his bond conditions. The district attorney’s office released bodycam footage from the alleged incident where multiple items were reported stolen from a home a week after Traylor-Harris, Chief Deputy LaQuenda Banks, and Sergeant Derrick Holman went there to serve a writ of possession. Among the items reported stolen were cash, jewelry, iPhones, watches, and multiple other items. END_OF_DOCUMENT_TOKEN_TO_BE_REPLACED

TYLER — The Smith County Veteran Services Office held a groundbreaking ceremony at CampV Tuesday to kick off renovations to a building that will house its services. Currently, one of Smith County’s Veteran Services Officers is stationed out at a satellite office at CampV each week. But according to a news release, once the renovations are complete next year, the entire office will relocate to better provide services to veterans in one location. CampV Executive Director Travis Gladhill said since CampV started several years ago, it has become the pinnacle for services for veterans in East Texas. He added that CampV assists about 340 veterans per month. Click here to learn more. 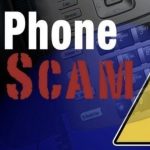 TYLER — The Smith County Sheriff’s Office warns of a missed jury duty scam. According to a news release, the sheriff’s office has received several calls from concerned citizens. They have each advised that an unknown individual has called and identified himself as Sheriff’s Captain Craig Halbrooks. The caller then tells the victim that he needs to discuss a criminal matter with them and states that they owe money because they missed jury duty. If you receive a call like this, you’re asked not give them any information and simply hang up the phone. The news release says the Smith County Sheriff’s Office, as well as any law enforcement agency, will never call anyone and ask for money. END_OF_DOCUMENT_TOKEN_TO_BE_REPLACED

TYLER – A Lindale man has been sentenced to 87 months in federal prison for child pornography violations. Michael James Quam, 29, pleaded guilty on July 20 to possessing or accessing child pornography. According to information presented in court, on March 5, 2020, a law enforcement official, working undercover, connected to a social media sharing group. Officials say a user in the group, later identified as Quam, posted to the group a link to a cloud storage provider that led to a folder providing access to files that included videos containing child pornography. Quam admitted that he knew the folder included child porn videos when he posted the link. He was indicted this past March 17.

RUSK – A boil water notice was issued for some Rusk Rural Water Supply Customers on Tuesday because there is sediment in the water. That’s according to our news partner KETK. People who live on the following roads should boil their water: FM 23W (Bulah) and County Roads 2214, 2311, 2312, 2313, and 2323. “To ensure destruction of all harmful bacteria and other microbes, water for drinking, cooking, and ice making should be boiled and cooled prior to use for drinking water or human consumption purposes. The water should be brought to a vigorous rolling boil and then boiled for two minutes,” said Rusk Rural Water Supply Corporation in the official notice. People can also buy bottled water for drinking. Officials said they will notify people when the notice is lifted. 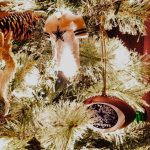 EAST TEXAS — What are the top 10 Christmas towns in Texas? The list has been compiled by tripstodiscover.com. The travel website says, “The top Christmas towns go all out for the holiday season. The top 10 are Grand Prairie, Marshall, Galveston, College Station, Jefferson, Richmond, San Antonio, Wimberly, Fredericksburg and No. 1 … the Dallas-Fort Worth suburb of Grapevine.